Danh Vo lives and works in Berlin and Denmark. Vo’s projects often emerge from personal relationships and fortuitous encounters. These objects and images accrue shifting layers of meaning in the world.

2.2.1861 duplicates the last letter home of the French missionary Jean-Théopane Vénard (1829 –1861), who was executed on the titular date in Vietnam. Danh’s father, Phung Vo, has transcribed this document, carefully rendering it in blue fountain pen on a single sheet of white A4 paper. Commissioned by his son, the task is meditative and intensely serial in nature. Although he is unable to decipher the French words he painstakingly copies, he is aware that the content relates to a martyr of his church.

Vo produced the photogravure Snowfall, Northern Sierras 1847 from a stereograph of an original image taken in 1868 by Alfred A. Hart. In the source image, titled Stumps cut by Donner Party in 1846, Summit Valley, the cut trees indicate the height of the snowfall that trapped the Donner expedition in the Sierra Nevadas over the course of a brutal winter, infamously leading some members of the party to resort to cannibalism to survive.

Cathedral Block Prayer Stage Gun Stock embodies Vo’s longstanding interest in American iconography. It references the first flag of the United States, adopted on 14th June 1777 following the unification of the thirteen colonies. That the wood literally grafts the English onto the American makes the flag a literal manifestation of the foundations of the United States itself. The work acts as an invitation for collectors to enter into the collaborative project, continuing and developing the important relationships behind it. 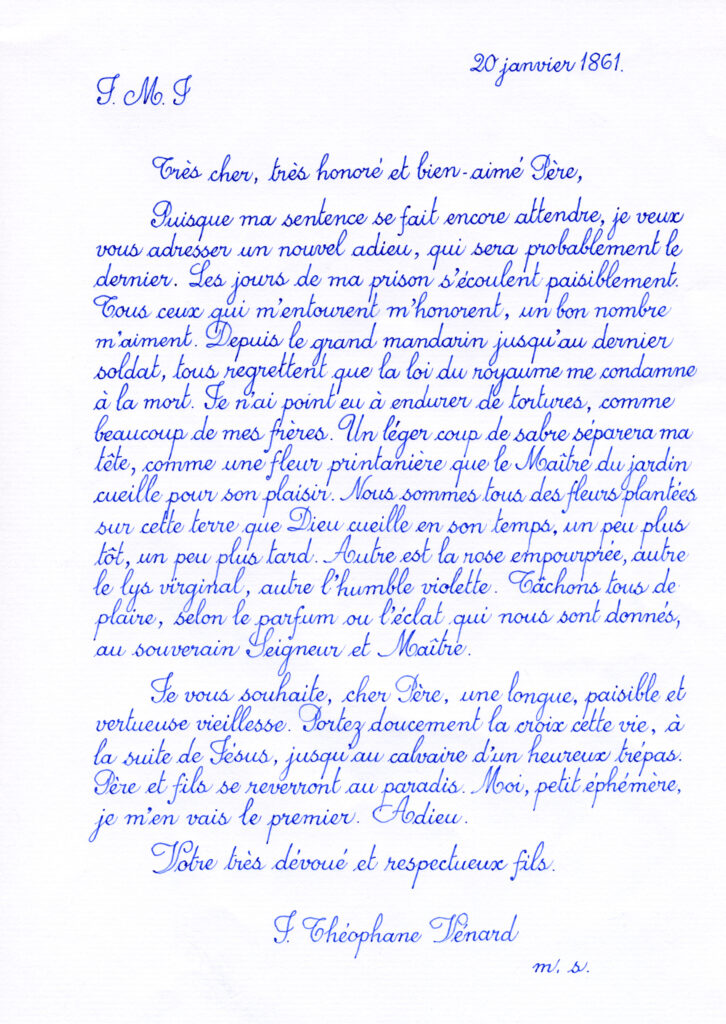 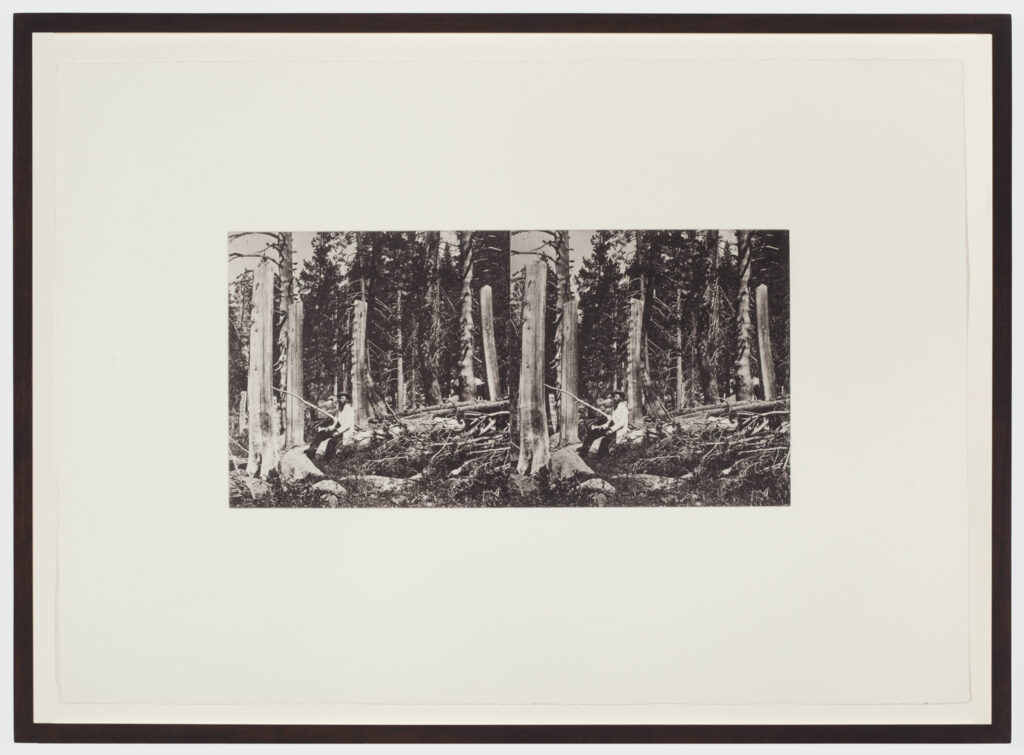 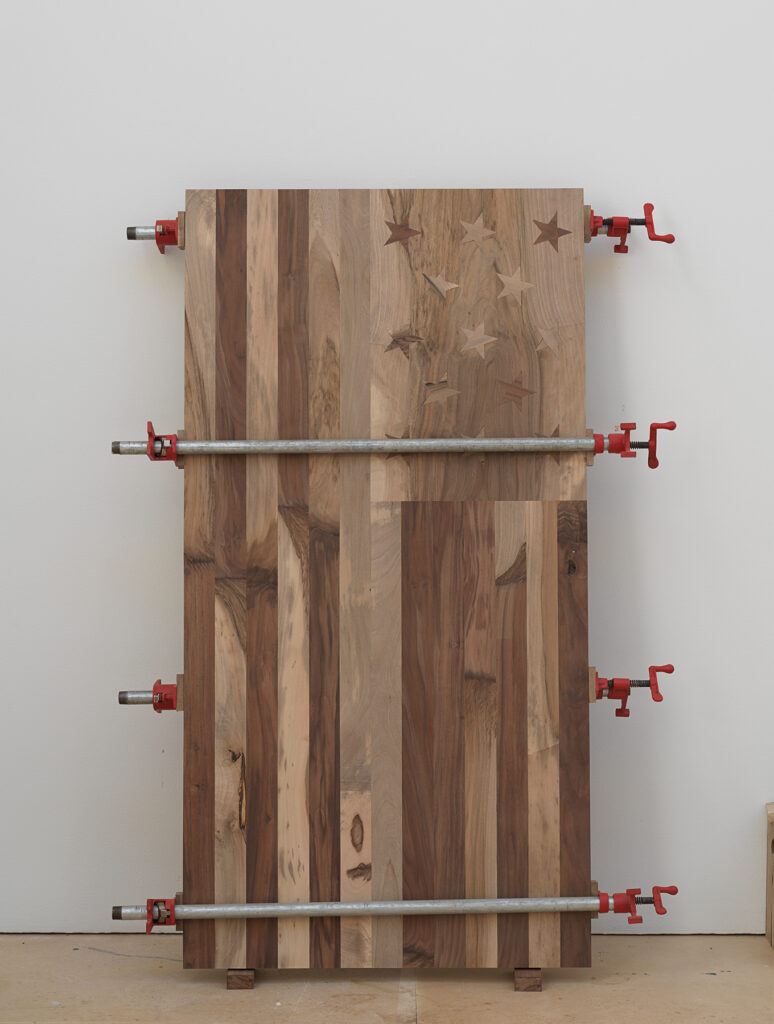