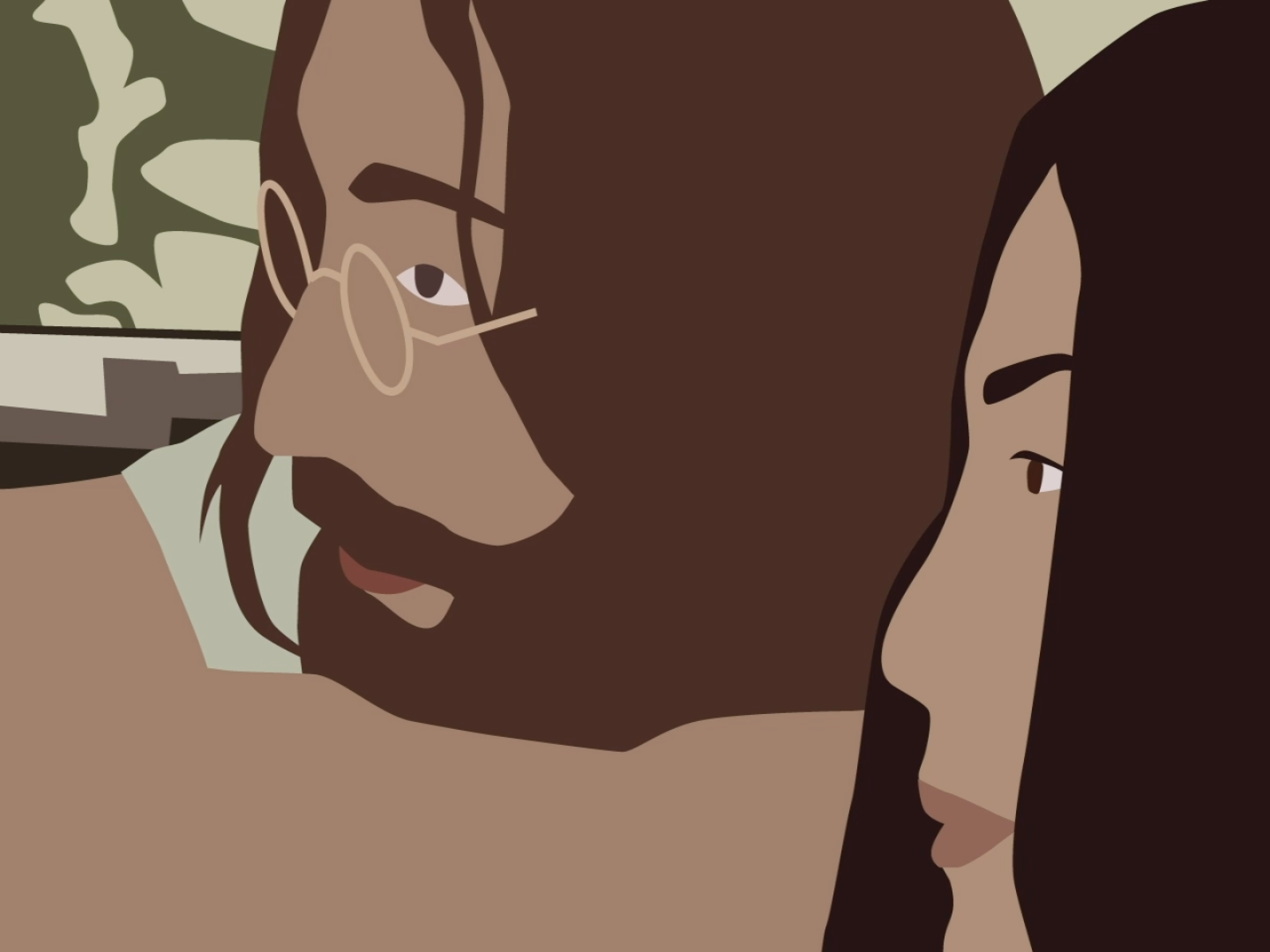 Lennon Sontag Beuys is based on existing footage of impassioned public speeches addressing notions of peaceful protest. Each segment features the piece’s tituar figures: John Lennon and Yoko Ono, surrounded by journalists, tout the potential of their “bed-in” to stop the war; Susan Sontag, seen giving a lecture at Columbia University, discusses how images of violence might be considered instruments of protest; and Joseph Beuys, filmed in the ‘70s during a public forum at the New School in New York, expounds on his thesis of “social sculpture.” By bringing together these three distinct messages, Ezawa exemplifies how an artist—whether musical, literary, or visual—can appear as an agent of social change.